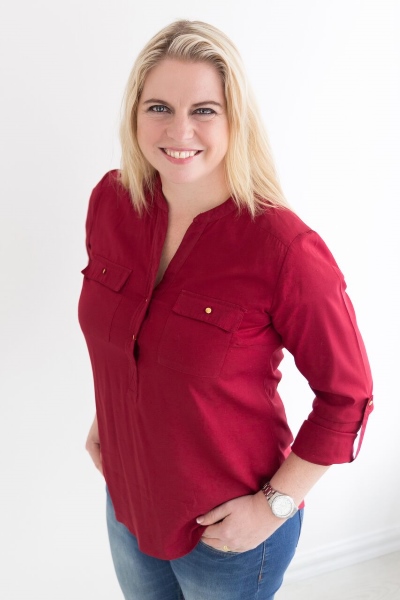 Caryn Maitland graduated in 1998 from the University of Natal, Pietermaritzburg (now UKZN), with a BCom Honours degree in Accounting and completed her articles with KPMG in 2001 and qualified as a Chartered Accountant (SA). She has been a member of IRBA as a registered auditor and accountant since 2002 and is also a registered member of SAICA.

Caryn has lectured in Auditing, second and third year subjects, for Varsity College from 1999 to 2001. In 2002, she was appointed as senior lecturer at UKZN and coordinated the Financial Accounting 300 course until June 2006. In addition, she has lectured in Advanced Financial Accounting since June 2006 until December 2011, co-ordinating the module on the Pietermaritzburg campus. During her time at UKZN she also lectured Financial Management for non-financial students registered for the MBA programme as well as the Post Graduate Diploma for Finance Banking and Investment (2002–2006).

Caryn has conducted independent workshops and seminars for professional accountants since 2006 on various topics, and has consulted on a number of technical issues. Since January 2011, she has focused on her own business as technical freelance consultant and trainer to those working within the accounting profession dealing with financial reporting, legislation, assurance and ethics. Caryn has worked closely with the Chartered Secretaries since 2011, which is where her love for legislation and particularly the Companies Act was born. Having recently qualified as a Probe MMX presenter, Caryn enjoys assisting practitioners in a practical and integrated manner to find solutions to challenges the profession faces, especially in the accounting, legislation and assurance landscape.

Caryn is a register SAICA Assessor ad enjoys being involved with the development and mentoring of trainees. Caryn has also held the position of Financial Manager at PMB Security CC since 2002 until January 2016, a business run by her family.

Caryn was appointed as a visiting Associate Professor to the University of Limpopo tasked with mentoring their Financial Accounting staff (Aug 2011 to Dec 2013). And is still and external moderator for their financial accounting exams

Caryn also held the position Editor-in-Chief of an online continual professional development (CPD) website for accounting professional, eCPD Accountancy, having resigned from this post in September 2013.

Caryn’s passion is IFRS and IFRS for SME’s, and was delighted at the opportunity granted in 2013 to serve on the APC subcommittee constituted to investigate the need for Micro GAAP and the role of IFRS for SME’s for small and medium sized practitioners.

Caryn has also loved every minute of being part of the SAICA SMP Technical tour (2014 to present) presenting in both the Legal and Accounting aspects, and recently (April 2016) presented the Attorney Trust Engagement session for SAICA under the assurance banner. 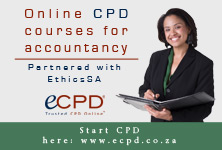